The back lane set already few years old and it shows sign of rusting on its rack, apart from that the fish tanks was from my early aquaponics days and its about time for an upgrade. 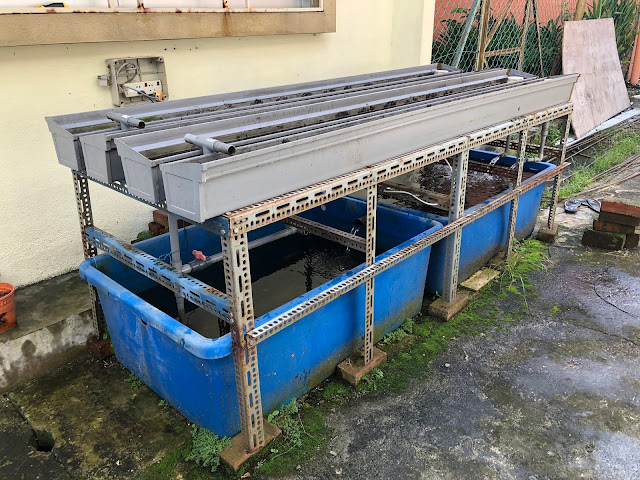 I want it to be more compact and easier to make and maintain. So the fish tank need to be replace and those gutters shortened making it compact and suitable for average Malaysian homes. 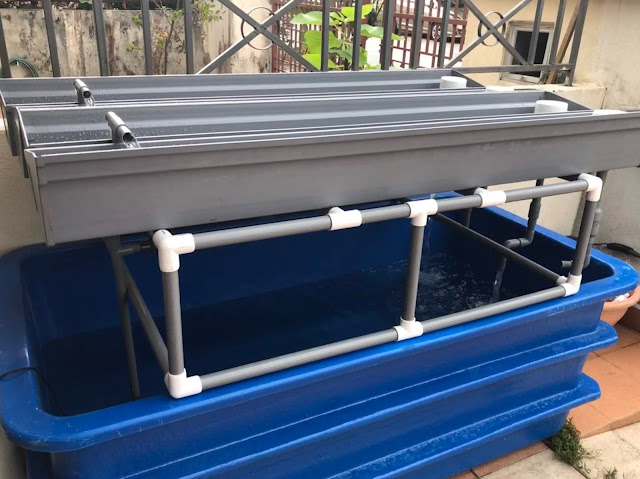 The tank I am using is the 5 x 2.5 x 2 ft fibreglass this the biggest I can transport in my SUV thus saving on transport charges. Water volume is roughly double the existing tank so one of these tank should be sufficient to have a household productive aquaponics set. 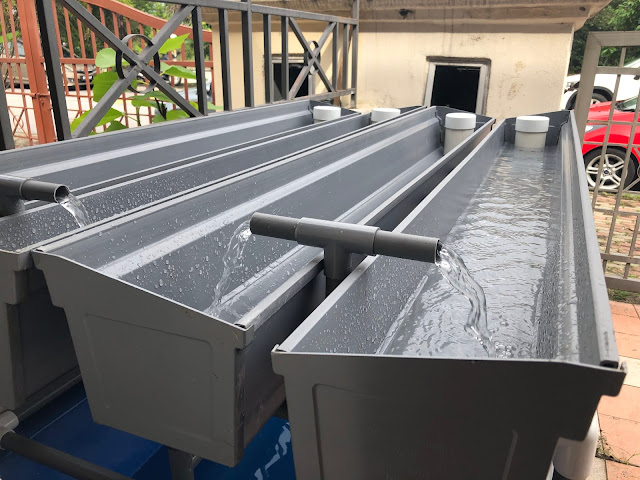 Initially the set was assembled in the front part of the house and later after it's all done and tested I'll move it to the back. 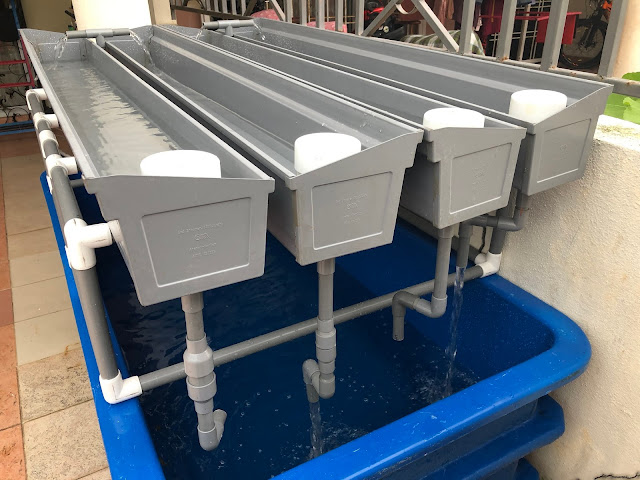 I use PVC racking, unfortunately it bends maybe due to the size of tube use. It's too small at 20 mm, should have gone for the 25mm or larger. Well that's the price I have to pay for making prototype sets. 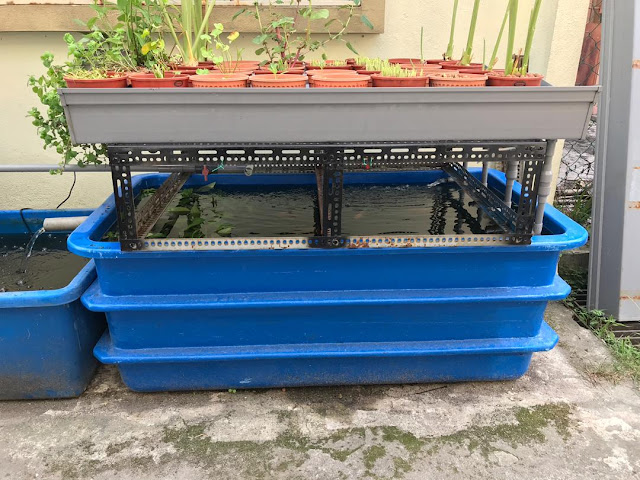 Once done I then reassemble the set to the back and after testing it for a few days, I decide to replace the racking with iron rack salvage from the old set. Paint it up the rusted parts, well I ran out of paint too. So this will do. 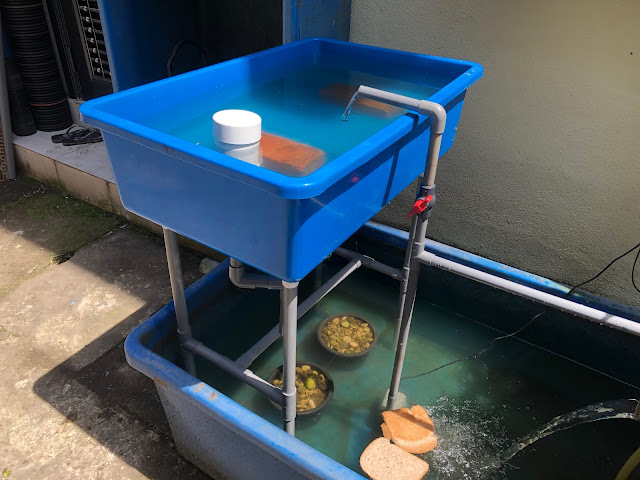 The PVC racking, replaced and all is not loss, I may turn it into a shoe rack or something. 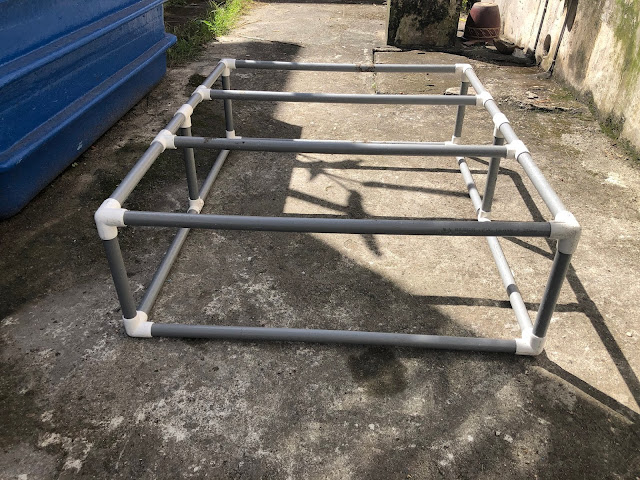 I combi the unit with one older set but have the gutter replace it with a traditional growbed on top of fish tank. The racking for it I use PVC so that it can stand within the fish tank and not rusting away. Again I should have use a bigger pipes for it, 20mm just don't cut it. 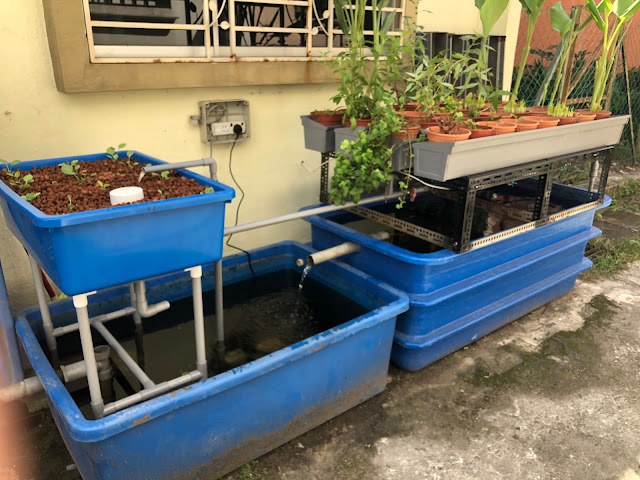 All done, another tank of the bigger type should do nice in this setting. But that should wait until the kailan ready for picking.
Posted on Tuesday, January 01, 2019 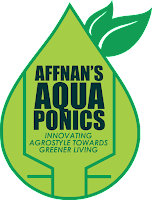